An FBAR is the “Report of Foreign Bank and Financial Accounts” that must be filed with the US Department of Treasury.
The FBAR is now filed on FinCen Report 114 (formerly form TD F 90-22.1)

Who Must File an FBAR?

The aggregate value of all foreign financial accounts exceeded $10,000 at any time during the calendar year to be reported.

The FBAR is not filed with a federal tax return. Any filing extensions of time granted by the IRS to file a tax return does not extend the time to file an FBAR

Since July 1, 2013 – Electronic filing of FBARs is mandatory

UHY Victor LLP is authorized to file FBAR’s electronically on behalf of the person who has the obligation to file an FBAR.

US taxpayers holding foreign financial assets may also need to file Form 8938 (Statement of Specified Foreign Financial Assets) with their 1040 US tax return.

Prev PostRegulation 102 and 105 – Be aware and beware!
Next PostFBAR – what should a non-compliant American do? 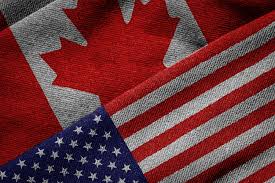