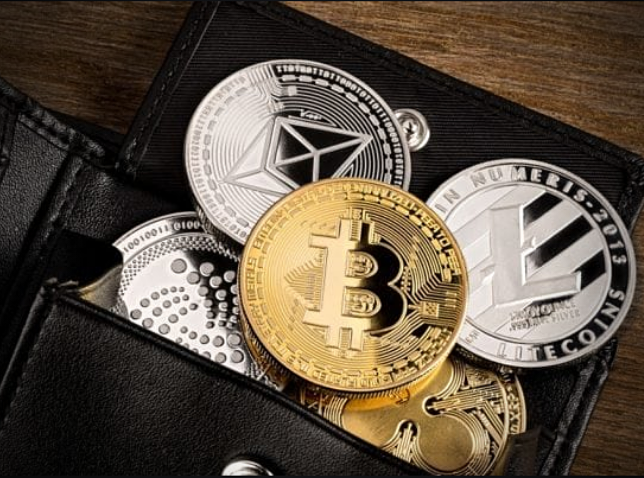 The bitcoin bubble may burst, but that does not mean the virtual currency – and the technology that supports it – will disappear

Nobel prize-winning economist Joseph Stiglitz wants it outlawed. Billionaire investor Warren Buffett says it will “come to a bad end”. During the early months of 2018, the hitherto wildly fluctuating value of bitcoin appeared set on an inexorable downward trend – with the most famous cryptocurrency losing support as quickly as it sheds value.

It is a conundrum. Experts around the world warn of the imminent burst of the bitcoin bubble, and many governments are openly hostile to its very existence. But enough ‘Miss Bitcoins’ have bought and traded the currency to take its value on a wild and unpredictable ride.

Short-term speculation certainly plays a large part – although Mai Fujimoto started using bitcoin to cut out bank fees when sending money abroad. For all the anxieties around its reputation as the payment method of choice for criminals and terrorists, there are legitimate reasons for ordinary people to use a decentralized currency, free from the control of banks and governments.

Some countries have recognized that fact. In April 2017, the Japanese government passed a law recognizing bitcoin and other virtual currencies as legal tender. Morito Saito, senior vice president of UHY FAS Ltd in Tokyo, believes that several factors have helped to give bitcoin legitimacy in Japan.

“Major retailers, such as Bic Camera and Marui, started partnerships with Bitflyer, which also raised the credibility of bitcoin,” he adds.

In fact, this raised bitcoin’s credibility to the point where, today, a number of major Japanese retailers accept bitcoin payments, and at least one company has offered to pay part of its employees’ salaries in virtual currency.

In Ukraine, by contrast, the focus is as much on bitcoin mining (the process of creating bitcoins by using special computer equipment to solve complex mathematical problems) as investing.

Alexander Koinov, managing partner at UHY Prostor Ltd in Kyiv, says: “The mining of cryptocurrency is very profitable in Ukraine, because the price of electricity for businesses is very low, and there are many suitable and cheap premises and technically well-educated staff.”

Mining tends to be overlooked by authorities and regulators, but few countries regard the trading of cryptocurrencies as favourably as Japan. China was the world leader in bitcoin trading until 2017, when the government clamped down on trading platforms. In 2014, Bangladesh passed a law threatening to jail anyone caught using the virtual currency.

Other governments have not seen fit to legislate for or against bitcoin, but much of the current mood is negative. Both US trade secretary Steven Mnuchin and British prime minister Theresa May have recently raised familiar concerns about criminals exploiting the anonymity of cryptocurrency for illicit ends.

All of which leaves financial services companies with a dilemma. What view to take on bitcoin (or the virtual currencies that replace it)? How to advise inquisitive clients? Governments and experts may have turned on bitcoin, but many investors are following its fluctuating fortunes closely. Bitcoin may (or may not) end badly, but the conditions that led to the creation of virtual currencies in the first place will not go away easily.

The Australian government has remained neutral over the issue, leaving citizens free to trade bitcoins as they choose. But Selwyn Cohen, managing partner at UHY member firm Cohen Fasciani in Melbourne, echoes the sentiments of many. “A large number of our investor clients are trading in bitcoin, but as a profession, we still know relatively little about it,” he says. “I have seen some clients make significant gains. I must say, however, that I am not aware of any of these clients banking realized gains.”

Even in Japan, where bitcoin trading is especially popular among young people, accountants remain cautious when issuing advice, at least for the moment. “We would like to find out [first] if cryptocurrencies like bitcoin will be used with confidence in the wider world as well,” says Morito Saito. “If we can trust it, we would like to advise on it in future, if requested to by our clients.”

With instability being the defining feature of bitcoin at the moment, should financial services companies take cryptocurrencies seriously at all? Paul Mencke, the partner at UHY member firm Govers Accountants/Consultants in Eindhoven, the Netherlands, thinks that while the currencies may be virtual, their popularity has been fueled by real-world concerns.

“In my opinion, the bitcoin bubble has a number of causes,” he says. “The antipathy towards banks and financial institutions was initiated by the credit crisis. In a world with large environmental problems, there is scepticism about traditional industries, and ‘new kids on the block’ are welcomed. Also, there is a very strong belief in the power of innovation, technology and, these days, the disruptive combination of digitization and the internet.”

Warren Zafrin, a managing director of UHY Advisors, Inc. in New York, United States, believes that cryptocurrencies evolved to fill a real need. “There is no denying that bitcoin has real applications,” he says. “For example, if you are transferring a tangible asset, like a car or a mortgage, tokenising that asset – making it digital – cuts out paperwork and reduces costs. The same applies to transfer cash abroad.”

Warren says the key to understanding bitcoin is to see it as an asset rather than a currency. “Like most new assets, there are fluctuations,” he adds. “We are seeing the first of many fluctuations for this asset. But the price will eventually stabilize, in a way no different to the eventual stabilization of any volatile commodity. The only real advice for people wanting to invest right now is to find an exchange that you trust, and to use a digital wallet to secure the currency.”

Bitcoin may weather the current storm and find real worth as a digital asset. It may become a useful financial tool, a free and effective way to transfer assets or move money abroad. Or it may fade into insignificance, another online novelty that ultimately delivered less than it promised.

But even if bitcoin crashes, the technology upon which it is built – blockchain – is unlikely to follow it down. Put simply, blockchains are dispersed digital ledgers with no central control. Transactions are recorded in a network of identical ledgers, making them permanent and immutable, and creating the transparency and confidence that allow cryptocurrencies to work. But cryptocurrencies are only one of the potential applications of blockchain – many of the others directly affect the role and work of financial services companies.

The Institute of Chartered Accountants in England and Wales (ICAEW) describes blockchain as “fundamentally an accounting technology”. Blockchain creates trust without central oversight, removes the need to reconcile disparate ledgers, and creates absolute transparency around transactions. As the ICAEW states: “Assuming that all the technological barriers could be overcome, blockchain has huge potential.”

In Japan, Morito Saito also takes a positive view. “It seems that blockchain technology can be utilized in many ways,” he says. “We think that it will be of great help to the transparency of corporate accounting and financial transactions.”

In Ukraine, Alexander Koinov believes that blockchain will change the face of accountancy in the next 10-15 years. “By then, this revolutionary technology could have solved the very important task of providing an absolute 100% guarantee of credible information. Information that has been approved once by blockchain can never be changed or deleted – that could be a hugely significant development for accountants.”

It could if reservations are overcome. There are worries over security and the potential for the wide propagation of fraudulent transactions, as well as legitimate ones. For that reason, Morito Saito believes that the sector needs to guide the evolution of blockchain applications, helping to create services and solutions that utilize blockchain while ensuring proper supervision and regulation. Those services need to be standardized and optimized to work across sectors and borders.

Warren Zafrin also sees risks in blockchain, alongside real opportunity: “Blockchain can free up the time and resource to allow firms to invest in the advisory side of their businesses. Companies need to know about blockchain; they will also need blockchain-based solutions and services. Firms could spend more time solving the financial challenges of clients, as opposed to just reporting on them.”

Indeed, they may need to do this, because automated efficiency comes at a price. Blockchain has the potential to significantly reduce the need for some of the more mechanical accountancy tasks, and jobs in bookkeeping and reconciliation work may be put at risk.

We are not there yet. Blockchain may fail to surmount its technical obstacles. As Warren says, it is not yet clear how individual chains link together, and how to make the technology scalable for widespread application.

But the potential for blockchain to increase efficiency, reduce costs and open up new avenues of operation for forward-thinking accountancy firms is real – in theory, at least. For now, bitcoin will continue to make the most headlines. Unusually, the rather unflashy and arcane back-office technology that supports it may be the innovation that ends up changing the world.

To learn more about the services and capabilities UHY Victor LLP* can offer, please contact us.

About UHY VICTOR LLP is a member of UHY, an international network of independent accounting and consulting firms with offices in major business centres throughout the world.  Further information can be found at click here.