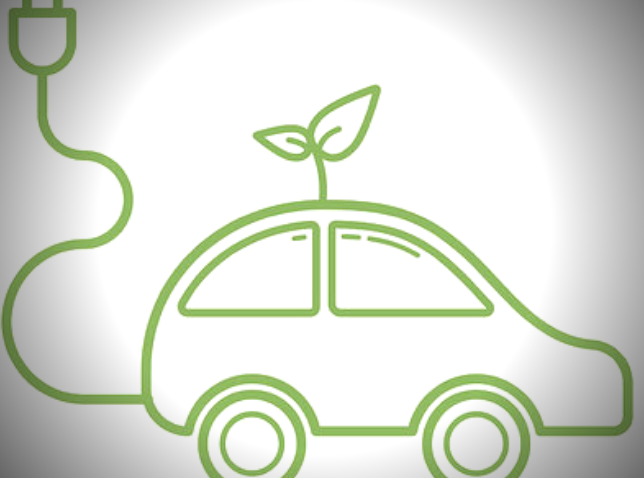 Is electric the new dawn for auto?

With rising sales and manufacturer investment in electric, hybrid and even autonomous vehicles, is the automotive industry heralding new dawn?

Remarkably, the first electric vehicle was designed and built in the 1830s, by Robert Anderson, a Scottish inventor. It was a crude carriage powered by primary (non-reusable) cells.

By the turn of the century, following advances in technology, including the invention of the lead-acid storage battery, the electric car was enjoying something of a heyday. In 1900, one in three vehicles in New York City, Boston and Chicago, was electric. But that was not all. The world’s first hybrid-electric automobile also made its debut at this time – the Semper Vivus, designed by none other than Ferdinand Porsche. A new era of transport had begun.

However, the future turned out not to be electric. Limitations of distance and horsepower were significant obstacles to overcome, and by the 1920s – with mass production in the US, improved internal combustion engines and plentiful, cheap gasoline – the electric dream was over.

Fast forward a century and you could be forgiven for a strong sense of déjà vu. We asked UHY experts working in significant automotive regions in Canada, the US, the UK and Norway, to give us their views on where electric may be heading this time around.

According to Tom Alongi, partner, UHY LLP, Michigan, US, and chair of UHY’s global automotive special interest group, the industry is heading for a perfect storm. “After years of talking up the potential of EV (electric vehicles) but seeing very little in the way of sales, automotive is now experiencing a convergence of many pressures,” says Tom. “New technology, regulation, climate change, consumer behaviour, politics, competition and emerging global markets – together, these really could drive significant change.

“In just the last 12 months, we have seen most of the major manufacturers commit heavily to EV and hybrid. General Motors, Daimler, VW, BMW and Ford have all ramped up their mid-term plans with billions of dollars in investment on the table. Volvo has announced that every new launch from next year will be EV or hybrid only. They have put electrification at the core of their business. No one wants to risk being left behind.”

But is this ambition sustainable? As Tom points out, the EV market share is currently very small. In the US, for example, the impact of EV is so far negligible.

Compared to the Canadian Market there was a growth of 68% in this past year, 2017.

SO WHY IS US MANUFACTURING TAKING IT SERIOUSLY NOW?

”Because of export markets, and especially Europe,” says Kirsti Armann, general manager, Revisorgruppen AS, UHY’s member firm in Oslo, Norway. “Already we have seen governments in France and the UK propose a ban on petrol and diesel vehicles from 2040, with Scotland suggesting it will bring its own ban forward to 2032. Governments need to do this to reduce CO2 emissions and meet the Paris climate accord targets. In Norway, we are aiming at all new car sales from 2025 being zero-emission. Already, in 2017 we achieved one-third of all new car sales as EVs or hybrids. The Netherlands and Germany, too, both plan to stop petrol and diesel sales by 2030.”

The world’s largest market, China, has also indicated that it is considering a timeline for phasing out petrol and diesel. India, a smaller market but with a growing global share, has announced an internal combustion engine ban and EV-only sales by 2030. According to the International Energy Agency, many others have set targets for domestic EV sales, including Austria, Denmark, Ireland, Japan, Portugal, Korea and Spain.

This puts Canada in the 20th int the world. Thanks to the massive growth in Quebec, being 1.55% of the sales where plug-in vehicles. This market is growing and impacting our economy now more than in the past years.

A LONG WAY TO GO

”Kirsti is right to point out the role played by environmental targets,” says Paul Daly, partner, UHY Hacker Young, Manchester, UK. “Government expectations are high and in many countries – like Norway – they have been keen to encourage the uptake of low-emission vehicles. In the UK, we have a range of incentives too – rebates on EV purchase or lease, and grants for home charging units – but I believe the demise of the petrol engine is still a long way off. Sales of petrol and diesel cars will stop by 2040 but it will be at least a further decade before they disappear in large numbers.”

Paul is a member of the firm’s successful and influential automotive team which last year accounted for one-third of all UK dealership M&A transactions in the sector. Few know the distribution channels better than Paul. “Consumers will continue to demand independent transport for the foreseeable future and the method of propulsion is not that relevant,” he says. “But there are still some hurdles. There is debate around fuel cell technologies, on hydrogen or battery. I know there are some concerns around the potential capacity of our National Grid to cope if battery prevails.”

According to Paul, the fast charge infrastructure is also unresolved. “Pension funds are snapping up roadside properties, such as petrol stations, so they think the future remains in that direction. Fast charging stations could gradually replace the petrol pump – but it will all happen very slowly – unless the government creates some significant incentives to change over early. There is a sense here that politicians’ desires may not match the rate of technology or infrastructure development.”

Like Norway, Canada has vast hydroelectric power capacity, so constraints on the grid are not an issue. Neither, it seems, is there any lack of foresight on the part of the government. Canada’s two most populous provinces, Ontario and Québec, are leading the North American charge to the electrification of their transport systems.

“Ontario has tried to replace its historical significance as a key Canadian automotive manufacturing base, with efforts to promote itself as a destination for EV manufacturers,” says Ken Shemie, partner, UHY Victor LLP in Montreal, Québec. “The province has seen a decline in its auto capacity as traditional plants and jobs have relocated to less costly centres in the US and Mexico.”

A raft of EV initiatives aimed at manufacturers and consumers, and introduced by the Ontario government several years ago, have only recently started to bear fruit. In 2017, EV/hybrid sales overtook those in Québec for the first time.

“It is about creating the right environment and having a plan,” says Ken. “In Québec, the government has been specific in its objectives and project planning. For example, it has implemented a new law – the only one in Canada to mandate a minimum level of EV/ hybrid sales. In 2018, it is 3.5% of new sales, increasing to 15.5% in 2025.”

To back up its position, the government has created a core electrification strategy as part of the province’s overall economic plan. Ken explains: “They are looking at three policy directions – creating an effective legal and regulatory framework; building a world-class industrial capability for design and manufacture; and encouraging drivers to switch away from petrol and diesel-only vehicles. They have decent incentive programs already in place to support these aims.”

These include generous rebates on purchase or lease of low or zero-emission vehicles and financial assistance for installing home charging stations. “Businesses are incentivised too,” says Ken. “Employers get 50% match funding up to a CAD 5,000 (USD 3,900) cap for each charging station at work, provided as a free service to employees.” There are also programmes to fund R&D and innovation in the sector – in particular, to encourage foreign EV companies to invest.

“We have incentives in Norway too,” says Kirsti Armann. “There is no VAT or import tax on EVs – the import tax, in particular, is normally very high on petrol and diesel imports – and we have just been granted permission from the EU for a further three-year VAT exemption.”

Revisorgruppen AS are the accountants for many car dealerships and car importers in Norway and meet the need to provide tax and legal advisory services to help navigate these clients through the details and opportunities. On the consumers’ part, Kirsti is clear. “Like Ken said, it is about creating the right environment, and there are many other benefits to EV ownership. There is free municipal street parking in most Norwegian cities, toll-free access to city centers, no vehicle charge on some ferries, and many free charging stations – electricity is cheap in Norway.”

RESISTANCE IN THE HEARTLANDS

“There is no doubt that the US lags behind other world markets in electrification,” admits Tom Alongi. “And the cost to keep improving the internal combustion engine to meet new emissions standards will keep rising, putting more pressure on domestic manufacturing. This is partly why the current US administration is rolling back curbs on auto industry pollution, while Europe and the rest of the world are cleaning up their cities.” In 2017, transport became the number one CO2 pollutant source in the US.

Tom and his automotive team in Michigan work with many auto manufacturers, and tier one and tier two supply chain providers, across a diverse range of manufacturing and assembly. He can see first-hand how a new era of electric powertrain technology will impact his clients.

“Electrics and plug-in hybrids are going to be the big disruptors, maybe more than connected car technology, or even autonomous vehicles,” says Tom. “The supply chain has grown up over many years, developed in many countries, become efficient and cost-effective – but all built around the internal combustion engine. Manufacturers are changing their business models, which means suppliers will have to adapt and fast.”

New technologies, new components, new processes, new relationships, and new players will increasingly form a new order. It is part of Tom’s perfect storm. “Traditional suppliers must develop their vision and strategy for the next ten years – it is paramount. If they fail to identify a role in the new order and act on it now, they will no longer have a business.

BACK TO THE FUTURE

The ascendancy of electric and hybrid alternatives to petrol and diesel is accelerating but, as our panel of experts all agree, there is still a long way to go. When trajectories are measurable in tens of years, there is every possibility of further disruption – what about driverless, autonomous vehicles, for example? They are novelties today, but tomorrow may fundamentally change the nature of urban mobility. Yet, if anything is certain, it is this: that our love affair with the car – however clean or clever it turns out to be – is here to stay.

To learn more about the services and capabilities UHY Victor LLP* can offer, please contact us.

About UHY VICTOR LLP is a member of UHY, an international network of independent accounting and consulting firms with offices in major business centers throughout the world.  Further information can be found at click here. 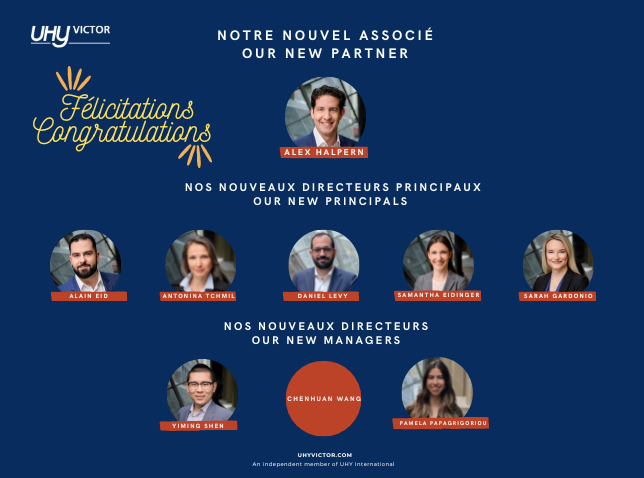 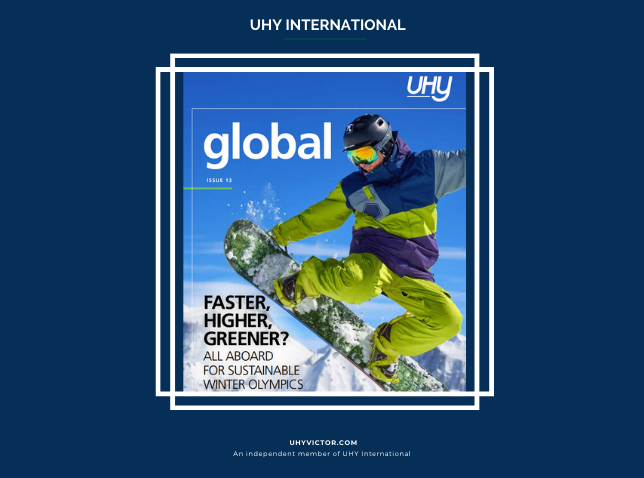