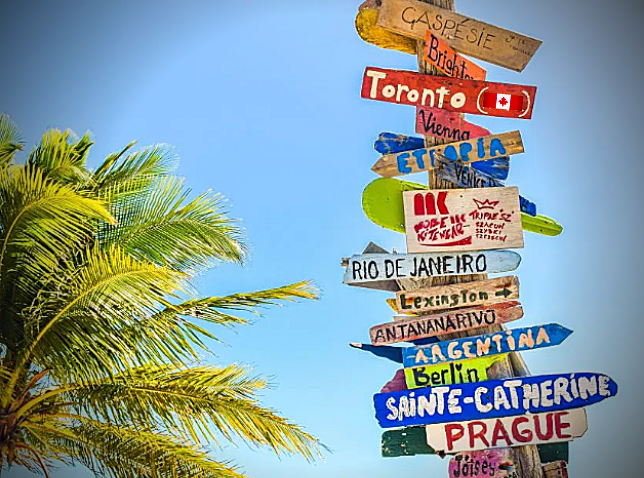 While the world’s geopolitical, economic and climatic prospects evolve in state a state of constant flux, humankind’s appetite for travel never fades. So where are next for global tourism?

Conventional wisdom tells us a change of scene is good for us, but as our itchy feet leave ever-deeper impressions on the places we visit, what difference does tourism really make? UHY Global asks how certain destinations manage tourism and assesses its variable impact on the global picture.

Nothing, it seems, will dampen our global wanderlust. While we modify our travel habits because of external factors like war, terror attacks, currency fluctuations, natural disasters and generalised crime waves, our urge to chase the world’s sun, snow, sport, culture and nature never diminishes – it simply adapts. And alongside our belief that travel is good for us is a certainty that tourism is good for a country’s economy too.

The United Nations World Tourism Organisation (UNWTO) says, “Today the business volume of tourism equals or even surpasses that of oil exports, food products or automobiles. Tourism has become one of the major players in international commerce and represents […] one of the main income sources for many developing countries.”

Just as the global economy is strengthening, so tourism is also evolving and becoming more complex. Influences include the urgency for sustainable tourism, especially in developing countries, and the growing effects of the so-called sharing economy. Travel experiences built and managed by individuals (rather than by hotels and tour operators) and the shift from traditional to more experiential travel are all making their mark.

NUMBERS ADD UP TO A BRIGHT FUTURE

These numbers reflect the burgeoning global success of tourism. In 2017 international tourist arrivals grew by 7% to reach a total of 1,322 million. Top of the table was Europe, driven mainly by arrivals in southern and Mediterranean Europe which were up by 13%. Asia, the Pacific and the Americas also recorded increases, and Africa and the Middle East have seen growth after a spell of fewer arrivals.

The raised figures for 2017 are in keeping with the past eight years of steady expansion since the 2009 financial crisis. More recent factors have created temporary dents in the overall trend – events like hurricanes in the US and Caribbean, or the terror attacks in Tunisia. A more fundamental explanation for tourism’s success in 2017 – projected to keep growing – is a stronger global economy, which is seeing new consumers from developing and established markets embarking on adventures across the world, funded by disposable incomes and driving revenue for airlines, hotels and other providers.

The Americas welcomed 207 million international tourist arrivals in 2017, with most destinations enjoying positive results. South America led that growth – arrivals were up by 7%. The upswing in tourist arrivals was evidence of economic recovery in areas such as Brazil, whereas in Colombia the end of hostilities between government and rebels in 2016 heralded a new era of the country as travel destination – exemplified by increases in commodity prices, infrastructure investment and industry-accelerated economic growth.

In 2017, The Telegraph newspaper in the UK ran a feature titled: 10 surprising destinations where tourism is booming in 2017. Number seven was Uruguay, which the feature described as South America’s fastest growing tourist destination. So what is Uruguay’s special magic all about, and how is it benefiting the country’s economy?

Sofia Posada, a specialist in tourism and corporate finance at UHY Gubba & Asociados in Montevideo, says the pace and outlook has changed but its contribution continues to be vital. “Tourism represents 7.1% of Uruguay’s GDP, generates one in every 15 jobs in the economy and is the main currency-generating activity in Uruguay,” she says.

“Tourism generates about 110,000 jobs in Uruguay, with food, transport and accommodation representing 85% of those jobs. It is one of our economy’s most dynamic sectors – behind what the public sector invests to preserve and improve the tourism infrastructure, the private sector plays a fundamental role in making investments to increase the quality of tourism and related services – projects such as expanding our hotel capacity, real estate and other construction activity.”

These fluctuations have gone hand in hand with a strong commitment to tourism on the part of the Uruguayan government, preserving and protecting its enviable range of resorts.

Aside from niche demand for safaris and bounty hunting that nearly always bears an ‘exclusive’ tag, sub-Saharan Africa was not until fairly recently seen as a mass tourist hotspot. This is changing as the continent continues to build its reputation as one of the world’s fastest growing markets and a great source of potential for visitor income.

Travellers looking for new worlds to conquer are eyeing up destinations beyond South Africa and North African countries such as Tunisia, Morocco and Egypt (now seeing recovery after political upheavals and terror threats). Today tourists venture to countries like Ghana, the Gambia and Senegal in the west, Kenya, Tanzania and Uganda in the east. There is a new mood to Africa and new experiences to match.

One such destination is Mozambique. Despite the civil war which ended in 1992 and cyclic natural disasters, the country is blessed with beautiful beaches, natural beauty and abundant wildlife. It is a desirable destination for the luxury traveller and the backpacker.

Carlos Sitoe, director general at UHY Sociedade de Ensino e Consultoria Limida (UHY SEC, Lda), in capital city Maputo, is a founder of a higher education college – the Superior Institute of Management and Entrepreneurship, Gwaza Muthini, (ISGEGM) – which was recently praised by the Governor of Maputo province for its business management training in tourism.

Carlos sees a shift from international travellers seeking a more ‘high end’ experience – hotels, formal accommodation and exclusive venues – to holidays that are more immersive, culturally connected and informal. “Twenty or 30 years ago the tourism trade was mainly for international travellers. Today we see a new segment of local tourists, mainly young Mozambicans in search of a cheap break from the city.

“Economy and informality are key – instead of patronising the formal hotels and restaurants they seek out our ‘barracas’, casual eateries that have proliferated in Mozambique in recent years. Barracas are catching on with mainstream tourists, causing a shift in the market. They are cheap and reflect the real Mozambique experience.”

Such shifts present a challenge for businesses, but one Carlos believes they are prepared to adapt to. “The government can’t challenge this new development because it brings jobs into the economy.”

Overall, tourism is a vital but mixed blessing. “It provides jobs, taxes and commerce and infrastructure, but over-visiting can damage protected areas, as can a pressure to develop. Certain operators want to build or maintain an ‘exclusive’ designation for their resorts which can cause friction with locals who don’t want to be excluded.”

“The total contribution of travel and tourism to employment (including the effects of investment, supply chain and induced income impacts) was 2.6m jobs in 2016 (14.5% of total employment). By 2027, it is forecast to support 2.9m jobs, an increase of 0.9%.”

Here too, the sector is becoming more informal and bespoke to travellers’ needs. Miriam says, “According to the National Statistics Institute (INE), in July 2017 nearly 7.6 million tourists travelled without a package, representing a year-on-year rise of 18.6%.”

New technology poses a challenge for the labour market and regulatory framework, with companies like booking.com, AirBnB and TripAdvisor all major contributors. Miriam says, “Emerging technologies have opened the door to companies operating in the digital arena, which have changed part of the industry value chain. The Internet of Things, mobile robotics and artificial intelligence have the potential to further revolutionise the sector. Digitisation has ushered in greater visibility and accessibility for the sharing economy, which will expand the range of goods and services available.”

Vietnam is blessed with staggering natural beauty, exciting megacities and an open, friendly culture. Evidence of its recent history – the conflict with the USA – and its earlier colonial ties with France are abundant, providing endless talking points and fascinating day trips and tours. The promotion of tourism is enshrined in government policy.

Hardly surprising, says Thanh Nguyen, tax partner at UHY Auditing & Consulting Co Ltd, when tourist spending currently accounts for 7.5% of the country’s GDP (approximately USD 23bn). “The government has created numerous initiatives to support tourism. They even changed the tourist tag from Hidden Charm to Timeless Charm to make us more of a destination for international travellers.”

Growth has been phenomenal. International tourist arrivals to Vietnam reached 12.9 million in 2017 – compared to 250,000 in 1990. For the first time Vietnam is listed with one of the world’s highest tourism growth rates, ranked sixth out of the top 10 destinations and first in Asia (UNWTO).

“Vietnam is adapting its strategy,” says Thanh, “from bringing tourists in to addressing their needs and expectations. We are on a mission to encourage tourists to come back to Vietnam, rather than single visits. So we have also started to impose a sustainable development concept for the sector.

AZERBAIJAN – BAKU TO THE FUTURE

Azerbaijan’s tourist industry has also seen heavy government investment. Nestled in the crossroads of some of the key arteries of travel, such as the transcontinental Silk Road and also the south-north corridor, the country is a treat for travellers in search of something different. It borders Iran, Russia, Georgia, Armenia, Turkey, and has a coastland with the Caspian Sea. Azerbaijan is blessed with nine climates – giving it currency as a summer and winter destination.

“Azerbaijan had an intensive period of tourism and economic development in the early 2000s which laid the foundation for integration into the international tourism market,” says Afig Israfilov, audit and assurance partner at UHY AZAUDIT LLC in Azerbaijan’s capital Baku.

That yielded exciting new opportunities for Azeri tourism, cultural and sporting. The Walled City of Baku became a UNESCO World Heritage site in 2000; Eurovision was hosted in Baku in 2012; Azerbaijan hosted the European Games in 2015 and the Islamic Solidarity Games in 2017; and 2016 saw Azerbaijan become the latest addition to the Formula One calendar, with capital city Baku hosting the fastest street circuit in Formula One racing.

These events have had an extraordinary effect on tourism, creating new opportunities to increase the flow of visitors from all over the world, as well as a powerful impetus to the development of domestic tourism.

A FUTURE FOR TRAVEL

As the balance of power in the world economy continues to shift, the tourist sector will keep feeling the effects. China has seen some impressive outbound growth and is forecast to overtake the US as the largest outbound travel market; countries such as Myanmar and Iran, strongly under the political spotlight, are creating reputations as tourist destinations.

The UNWTO’s report Tourism and the Sustainable Development Goals (SDG) – Journey to 2030, makes the case for keeping sustainability at the heart of tourism planning. Business, it says, needs to adapt to this reality and change its ways. “The role of the private sector and access to financing are paramount to building a more sustainable tourism sector. Long-term competitiveness depends on the willingness to manage industry vulnerabilities and invest in new markets and services such as ecotourism (estimated to be worth USD 100 billion annually), sustainable agriculture, water and energy efficiency.”

Harnessing the sector’s positive contribution to sustainable development and mitigating its worst effects calls for strong partnerships and decisive action by all stakeholders, says the UNWTO.

Many influences will come into play in future – technology, evolving economies, consolidation among service providers (such as hotel chains), climate change, the effects of globalisation. Ultimately though it is the travellers themselves who will shape the future: the power of the consumer will ensure that whatever it looks like, tourism will continue to be part of humanity’s quest for freedom and discovery.

Prev PostAccountancy – Is there an app for that?
Next PostUHY publication: Bitcoin- pitfalls or potential?