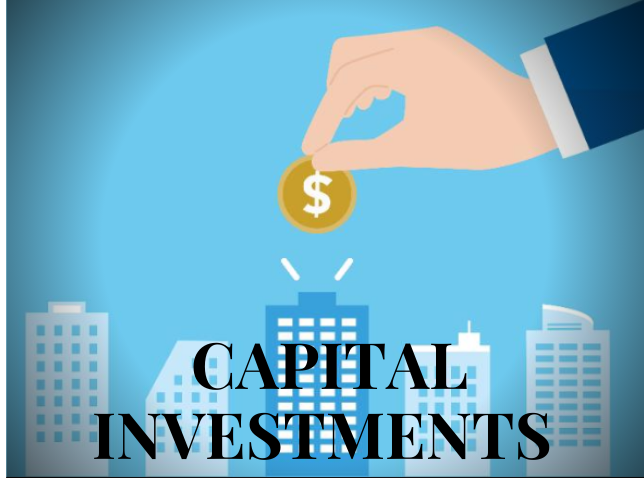 Canada is lagging behind the world average in terms of capital investment in its economies’ business resources and public infrastructure, putting future growth prospects at risk, reveals a new study by UHY, the international accounting and consultancy network.

According to UHY, Canada has seen capital investment decrease by 3.5% over the last five years to just USD $366 billion in 2015 (latest figures available). By contrast, the world average has increased by 21.1% to USD 364.2billion over the same period.

Comments Ken Shemie, Partner at UHY Victor (Montreal): “The Canadian economy is heavily reliant on natural resources and oil production. Since commodity prices have dropped over the past five years, so has Canadian capital investment.”

“This trend reflects Canada’s need to diversify its economy and to attempt to develop a modern, service based economy.”

UHY says higher capital investment levels are an indicator that businesses are positioning themselves to expand capacity, to improve productivity, or to move into new markets by opening new sites. They also reflect governments’ support for growth by improving the transport links, power generation capacity and other vital infrastructure that businesses rely on.

The UHY study looked at “gross capital formation” – or capital investment – in 41 major economies around the world, measuring trends over a five-year period, and comparing investment levels to their Gross Domestic Product (GDP).

Gross capital formation measures spending on assets such as IT systems, new equipment and machinery, and investments in infrastructure projects by governments. The UHY study compares it to GDP in order to put it into context against the size of a country’s economy.

The G7 is also seeing a slower rate of increase than the world average, raising capital investment by an average of 11.1% over a five-year period. However, the average amount invested by G7 economies is still substantial – at over USD 1trillion in 2015 (or 20.7% of GDP).

China and USA powering ahead

At the top of the table, China is powering ahead, increasing capital investment by 73% to USD 5trillion. This is equivalent to 45% of its GDP. UHY says that China’s extremely high levels of investment in recent years have helped underpin its long run of robust growth, which remains comparatively high, at 6.9% in 2015**.

Alongside a wide range of major public infrastructure projects helping improve productivity and competitiveness, businesses in China have been rapidly expanding capacity to keep pace with demand for goods, invest in innovation and strengthen their position in the global marketplace.

UHY adds that as China has witnessed significant amounts of capital investment over the past decade, the government is now working to start to shift the economy towards becoming a consumer-led economy.

Comments Bernard Fay, Chairman of UHY: “Capital investment is vital in paving the way for economic growth, so Europe simply can’t afford to fall behind.”

“As things stand, European economies risk being outpaced by both emerging and other developed economies. While in many developed economies, businesses’ and governments’ ability to invest was hit by recession, there’s a stark contrast between the relative lack of investment in Europe and activity in the US which has remained far more robust.”

“Companies in many emerging economies have positioned themselves for growth by pumping more capital into investment projects as they gear up to seize greater market share or sharpen their competitive edge. Where China has led the way, others are following.”

“It’s critical that governments pro-actively support business investment, especially by enacting measures to help small businesses, such as grants for start-ups or tax breaks for R&D or capex.”

UHY adds that several Asian and South American countries feature highly for capital investment levels. Bangladesh has seen the greatest overall increase in gross capital formation over five years, investing 86.2% more in 2015 than it did in 2010 (USD56.4bn – or 27.3% of its GDP).

UHY says Bangladesh is investing heavily in areas such as power generation, resulting in nearly 80% of the population having access to power, up from 47% in 2009 – which will significantly benefit businesses.

In Central and South America, Guatemala, Uruguay, Peru and Argentina have all seen increases in capital investment above the world average over the five years studied.

Hugo Gubba, of UHY member firm UHY Gubba & Asociados in Uruguay says, “Rising capital investment in Uruguay has been driven both by more public projects, which include the possibility of public-private participation, and a variety of recent tax incentives.”

“Tax breaks approved in the past few years are designed to encourage business investment covering a whole host of areas – from construction to power generation, tourism to agriculture and biotech to call centres.”

“There is still further to go to improve Uruguay’s highways and railroads, so the country is in a better shape to promote our economy to foreign countries and attract more foreign direct investment.”

The UK and Ireland have both bucked the trend of declining European capital investment. The UK increased its levels by 30% over the five-year period to USD503bn – equivalent to 17.6% of its GDP. This is likely to be due, in part, to the strong recovery from low levels brought about by the recession and credit crunch.

“Bodies like Enterprise Ireland, which provides assistance to Irish firms hoping to export through programmes to drive innovation and exploit market opportunities, and IDA Ireland,which attracts overseas companies to establish themselves in Ireland, help enable businesses to invest for growth.”

Notes for Editors
To learn more about the services and capabilities UHY VICTOR can offer, please contact Ken Shemie, partner, at info@uhyvictor.com

About UHY Victor LLP
UHY Victor LLP is a member of UHY, an international network of independent accounting and consulting firms with offices in major business centres throughout the world. Further information can be found at www.uhyvictor.com
UHY Victor press contact: Ken Shemie at info@uhyvictor.com
UHY press contact: Dominique Maeremans on +44 20 7767 2621
Email: d.maeremans@uhy.com – www.uhy.com
Nick Mattison or Peter Kurilecz
Mattison Public Relations
+44 20 7645 3636, +44 7860 657 540 or email peter.kurilecz@mattison.co.uk
About UHY
Established in 1986 and based in London, UK, UHY is a leading network of independent audit, accounting, tax and consulting firms with offices in over 325 major business centres across more than 95 countries.
Our staff members, over 7,850 strong, are proud to be part of the 16th largest international accounting and consultancy network. Each member of UHY is a legally separate and independent firm. For further information on UHY please go to www.uhy.com.
UHY is a member of the Forum of Firms, an association of international networks of accounting firms. For additional information on the Forum of Firms, visit www.forumoffirms.org