UHY study: Is this the end of globalization? 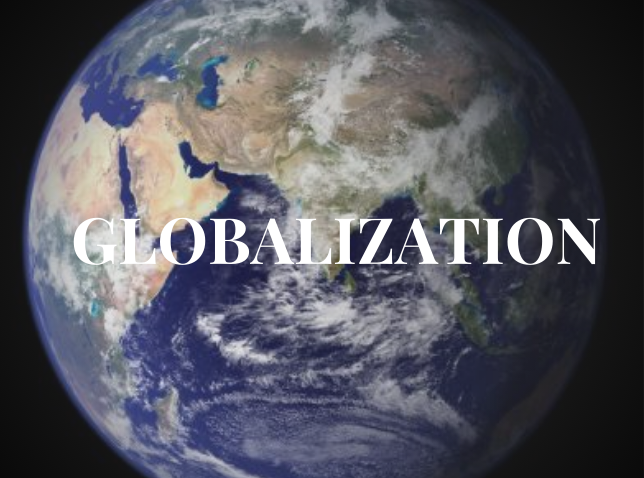 GLOBALIZATION IS UNDER ATTACK, BUT REPORTS OF ITS DEMISE MAY BE PREMATURE.

In January 2017, a newly elected Donald Trump took to the stage for his inauguration speech and signaled the end for globalization as we know it – at least, that is how many of his listeners took it.

President Trump talked about protecting US borders “from the ravages of other countries making our products, stealing our companies and destroying our jobs.” He said that protection “will lead to great prosperity and strength.”

Here was the world’s most powerful man railing against the dominant economic system of the last half-century. Globalization is based on a doctrine of free trade, open borders, and the easy movement of goods, capital and labour. President Trump was setting the US on a path to protectionism and isolation, and within days had taken the US out of the Trans-Pacific Partnership (TPP), a trade agreement – years in the making – between 12 countries that border the Pacific Ocean.

None of this came as a surprise. Following an election grounded in protectionist rhetoric, Trump rode to the White House on a wave of populism that coalesced around a nationalist and anti-globalist agenda. For Eric Hananel, principal at UHY Advisors NY Inc., New York, United States, the president’s promise to make every decision on trade, taxes, immigration and foreign affairs, with American workers in mind, is a clear example of protectionism being pitched against globalisation.

“President Trump is a strong advocate of protectionism, and made international trade agreements an election campaign issue,” says Eric. “Tax reform was another big campaign area, and the proposals that have come forward since are very much focused on the goal of creating economic growth underpinned by American jobs.

“Globalisation is increasingly coming up against growing protectionism, both in the United States and on the part of some other global economies,” he adds. “And as protectionism continues to rise up the political agenda, Free Trade Agreements are becoming an increasingly critical and contentious policy area.”

Six months earlier, the UK had delivered its own blow to the globalisation agenda. British voters chose to leave the European Union (EU). The Brexit campaign talked of taking back control of borders, putting British interests first, and curbing the excesses of globalisation.

According to an analysis of the Brexit voting by Torsten Bell, director of the economic thinktank the Resolution Foundation, the parts of the UK with the strongest support for Brexit were those that had been poorer and less prosperous for a long period of time. Just as President Trump attracted support from those who felt left behind in the new global economy, Brexit can also be seen – at least in part – as a protest vote from those who felt disadvantaged.

Around the world, and especially in developed countries, governments have been gradually bowing to public pressure and introducing measures to curb free trade and put the brakes on globalisation. Released this year, the 21st Global Trade Alert from the Centre for Economic Policy Research sums up the reaction of many developed nations to the global crash of 2009 and – at best – weak recovery since. Faced with a popular outcry against stagnating living standards and flatlining incomes, many governments have turned to the short-term relief of protectionist policies: “In sum, as a group the G20 have resorted routinely and increasingly to protectionism despite repeatedly pledging not to,” the report states.

THE ARTERIES OF TRADE

A forecast from the Paris-based Organisation for Economic Cooperation and Development (OECD), published at the end of 2016, supports that assessment. It warns that protectionism and disputes over trade around the world risk further slowing a sluggish recovery in global trade, and suggests that globalisation “may now be close to stalling”.

Is that a bad thing? Opinions will depend on individual circumstances and political persuasion. It is easy to understand why populations struggling with austerity, insecurity, inequality and wage stagnation might blame globalisation for their woes. On the other hand, economists tend to argue that, while the pain felt by many is real, economic isolation will only make it worse.

Philip Kucharski, chief operating officer for the International Chamber of Commerce, puts it like this: “Protectionism is like cholesterol. The slow accumulation of restrictive measures has clogged the trade flows.”

How is globalisation’s midlife crisis playing out in the everyday decisions businesses have to make? With member firms around the globe, a professional services network like UHY is in a unique position to judge the prevailing economic winds. UHY members are on the frontline, helping businesses make critical survive-and-thrive decisions in an increasingly uncertain climate.

There are few countries where the climate is currently more uncertain than the UK, currently at the start of what promises to be a tortuous separation from the EU. Martin Jones, partner and Brexit lead at UHY Hacker Young, London, UK, agrees that globalisation is in retreat.

“Clearly, there has been a retreat from international liberalisation and globalisation as evidenced by Brexit, Trump, and an upswing in more nationalist voting across European elections through 2017,” he says. “It remains to be seen if the shift is temporary or more permanent. It is unlikely that the era of globalisation is over, but there appears to be a move towards nationalism and protectionism, perhaps underpinned by popular resentment that the greater gains from globalisation have gone disproportionately to the more fortunate countries.”

The UK is perhaps a special case, sitting in the eye of an isolationist storm, but around the world UHY firms recognise the threat to free trade posed by current political and economic circumstances.

“Globalisation as a business model may be slowing down with the emergence of populist leaders like Trump, the homeland security issue, economic protectionism as a way of insulating the local economy from the influx of foreign interference, and growing nationalism or extremism among economically and politically challenged countries,” says Michael L. Aguirre, managing partner at UHY M.L. Aguirre & Co. CPAs, UHY’s member firm in the Philippines.

TROUBLES ARE NOT TERMINAL

In Brazil, globalisation’s travails are real, but are creating both risks and opportunities. Marcello Reis, business development executive at UHY Moreira Auditores, UHY’s Brazilian member firm, says that the company has seen a significant number of businesses moving expansion plans to Portugal and mainland Europe more widely, at the expense of the US and UK.

“It has certainly changed our advisory approach,” he continues. “Clients acknowledge the shifting of opportunities and come to us for advice on other possibilities for their internationalisation plans. For instance, I have seen an increase in Mercosur (South America common market block) cross-border business interaction.”

Which shows that decisions taken in one part of a globalised world affect every other, but not in the same way. Like many in the UHY network, Marcello does not see this as the end of globalisation, but a recognition of the need to recalibrate the model. He sees risks, but also opportunities for Brazilian businesses in other international markets.

In other words, the Philippines benefits from the international migration of jobs and labour that President Trump, among others, rails against. But Michael Aguirre believes that another phenomenon will ensure globalisation’s future. “With the advent of technology which effectively makes countries borderless, globalisation is here to stay,” he says.

In the UK, Martin Jones also believes that, while governments can restrict the free movement of goods and labour, the globalisation of data is beyond their reach: “So long as data can flow freely across borders, and banks and the finance sector continue to dominate across the world, globalisation in some form is likely to remain.”

Nevertheless, globalisation’s current retreat has created new challenges for UHY member firms and the clients they assist. In the UK, the unprecedented uncertainty of Brexit means that all decisions have to be taken after full consideration of a wide range of potential Brexit outcomes. Some businesses are also starting to favour local suppliers over international ones where possible, a reaction to the fall in sterling since the Brexit vote.

Michael Coughtrey, a managing partner at UHY Haines Norton in Sydney, Australia, agrees that, internationally, globalisation is reeling from a popular backlash. He argues, however, that the globalisation model is too entrenched in the Australian economy to be discarded.

“I would not say that globalisation is over at all, but it could be seen to be slowing. It is definitely a trend worldwide for governments to be elected on platforms that put their country’s economic position first.

“In Australia, it is still business as usual. Australia has very high costs, particularly in labour and real estate, so many businesses need to find lower costs of production, and therefore some form of globalisation is commonly necessary to remain competitive.”

In fact, take away the peculiarities of the Australian economy and that view finds echoes across the UHY network. Globalisation may be slowing; it may even be in crisis. However, digital innovation, the movement of data, and the need to balance global and local tensions mean that what will come out of the other end is likely to be Globalisation 2.0, rather than a wholesale return to isolation.