UHY Study: Getting the gig 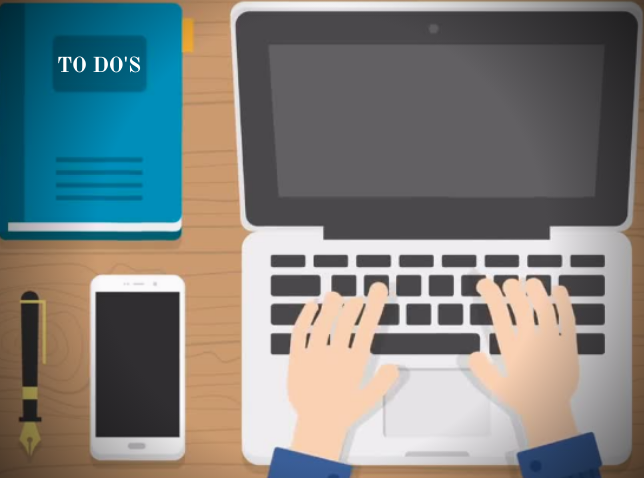 The rise of the independent worker, paid on a task-by-task basis, is fundamentally changing working patterns around the world.

A report released in 2016 by the McKinsey Global Institute estimated that between 20-30% of workers in the US and 15 major European Union economies made part of their income in what has come to be known as the ‘gig economy’.

It is quite hard to find a definitive description of the gig economy, but McKinsey defines it as independent work with “a high degree of autonomy; payment by task, assignment, or sales; and a short-term relationship between worker and client.”

The figure is a significant increase on previous estimates and highlights how a new model of working life has crept up on the Western world. Jobs in the US and Western Europe traditionally involve working fixed hours for a single employer, earning fixed wages in return. The gig economy turns that model on its head. “The Industrial Revolution moved much of the workforce from self-employment to structured payroll jobs. Now the digital revolution may be creating a shift in the opposite direction,” it states.

ARMY OF SELF EMPLOYED

In other parts of the world, the structured payroll model was only ever one option among many – and in regions like Southeast Asia, the creation of digital platforms to facilitate a global market in freelance work is fundamentally changing working patterns.

Companies like Uber* and Deliveroo are commonly cited in discussions of the gig economy. These business models are creating an army of self-employed taxi and delivery drivers, often replacing traditional payroll jobs. On top of these ‘real world’ businesses, a raft of digital platforms has sprung up to match workers with temporary, task-based, freelance roles. These platforms allow workers anywhere in the world to bid for transcribing, copywriting, web design and IT tasks, to name a few.

For companies, the advantages of freelancers and temps, using platforms like Upwork and Fiverr, allows them to dip in and out of a global talent pool. “The benefit from an organisation’s perspective is that these individuals are not employees in the traditional sense of the word – they can be engaged and terminated at will, subject to any contractual agreement as to notice. And they are responsible for managing their own tax and social insurance affairs,” says Alan Farrelly, managing director at UHY Farrelly Dawe White Limited, UHY’s member firm in Ireland.

In India the gig economy is still in its nascent stages but, says Sunil Hansraj, joint managing partner at UHY Indian member firm Chandabhoy & Jassoobhoy in Mumbai, is ‘fast percolating into the mainstream work ethic’, helping firms to manage economic uncertainty. “The way the Indian economy is shaping up, the gig economy can be the answer to talent supply chain challenges faced by the professional or technology sectors,” says Sunil. “While critical roles would still be in the realm of regular employment, freelancers can reduce the burden on the supply chain, increase operational efficiencies and reduce costs.”

While companies appreciate the opportunities the gig economy brings, the upheaval in working patterns is not without controversy. Debates are raging in developed countries about the status of gig economy workers. In the UK, the government-released ‘Taylor Report’ recommended creating a new employment status of ‘dependent contractor’, defined as someone who ‘is not an employee, but neither are they genuinely self-employed’.

In Ireland, similar concerns have been raised. “For workers, it depends on your view – either it is a working environment that offers flexibility with regard to employment hours, or it is a form of exploitation with very little workplace protection. Workers in the gig economy are classed as independent contractors. That means they have no protection against unfair dismissal, no right to redundancy payments, and no right to receive the national minimum wage, paid holiday or sickness pay,” says Alan Farrelly.

In April, the EU Commission published its ‘Pillar of Social Rights’, setting out 20 proposals for improving worker social protection. “Today’s more flexible working arrangements provide new job opportunities especially for the young but can potentially give rise to new precariousness and inequalities,” the Commission wrote.

“Short term contracts, freelance work and part-time work are very common in Kenya,” he says. “In my view, this type of employment is increasing as young people no longer have a burning desire to be in full-time employment. These jobs are considered positive because remuneration is received sooner rather than later.

“In Kenya, the government has deliberately, within the law, created a specific amount in the country budget for youth and almost a third of all governments contracts must be allocated to the youth.”

In India too, the choice and independence offered by gig economy roles is often welcomed, especially when compared with traditional Indian working practices. “India used to have a largely suppressed workforce and people had very little option, but things are changing for the better,” says Sunil. “People understand that there is an opportunity to retain independence, which is not a bad option, even if there is a cost to it.”

Despite reservations, employers and employees have welcomed jobs that allow workers to fit around study, childcare or other employment. McKinsey reports that even in the US and Europe – where the security of permanent work has been standard for decades – most seem satisfied with independent work.

But as companies replace traditional payroll positions with gig-style work, confusion around the responsibilities of business to workers and national exchequers can only increase. The gig economy has left lawmakers scrambling to catch up, which presents challenges for professional services providers like UHY. Issues around personal and corporate taxation, and employment rights and responsibilities, are still to be fully worked through.

Should the employer get it wrong, and the gig is considered to be an employee for taxation purposes, then the employer is liable for any taxes that should have been deducted from the employee (gig).”

In Europe, companies are being urged to seek advice rather than assume gig workers have freelance status. “A misclassification of self-employed contractors can give rise to significant tax and social insurance liabilities for an organisation,” says Alan Farrelly. “In Ireland, employment status decisions are made on a case-by-case basis. Employers who supplement their workforce by engaging contractors need to think carefully and take advice.”

Jane Jackson, tax manager for UHY Farrelly Dawe White Limited, Dublin, Ireland adds: “Even if employers have contracts in place stating that the person is self-employed and responsible for their own taxes, the Irish Revenue will still deem them to be employees and will hold the employer responsible for all the employment taxes, if there is ever an audit or an investigation. This could be costly.”

In the USA the economy’s general trend towards greater entrepreneurship is fuelling the gig economy. “The gig economy is not a new concept in the US, but popularity has increased with a very entrepreneurial generation entering the workforce. It enables entrepreneurs to test the need for their service to see if it warrants the investment in developing a business model to support it,” says Charles Sockett, Partner, UHY LLP and managing director UHY Advisors, New York.

In other parts of the world, the debate is yet to begin in earnest. In India, says Sunil, “the time will be here soon when the government will have to step in and play regulator, while at the same time giving the workforce the freedom to make their choices.” In Kenya, the law has long been shaped with freelancers in mind, says Mwai Mbuthia. Gig workers bidding for large assignments need a Compliance Certificate to show they are working legally and complying with tax laws.

Alongside tax laws and employment status, the gig economy signals a potentially permanent change to working life. Around the world, young people are demanding more flexible work and less rigid employment structures, and technology is supporting that ambition. “The challenges we at UHY face in advising clients operating in the gig economy typically revolve around contractual interpretations and the associated tax implications of business and the individuals involved,” says Martin Jones, partner at UK member firm UHY Hacker Young LLP, London, UK.

“But more than that we are also addressing the fact that the younger generation, in particular, is used to living in a world of rapid technological change, and hence the overly-structured career path of the past may need to be adapted to allow more flexibility and less structure to working patterns.”

About UHY  Victor  LLP is a member of UHY, an international network of independent accounting and consulting firms with offices in major business centers throughout the world.  Further information can be found at click here.