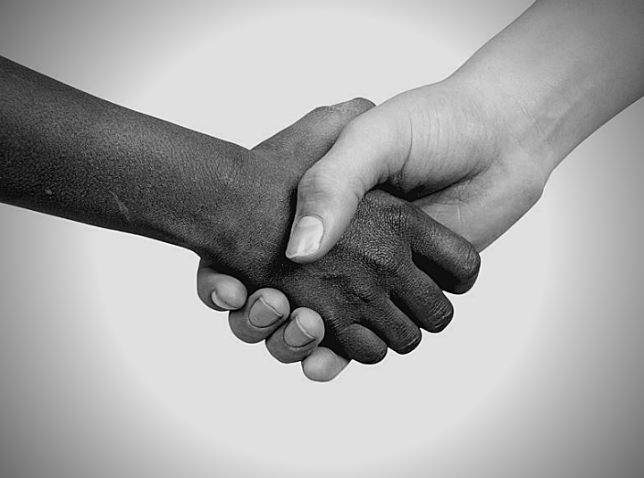 When the Shenzhen Stock Exchange (SZSE) investment roadshow recently rolled into Warsaw, Poland, it did not make the same media splash as a visit from the Rolling Stones, but it was a significant moment nonetheless.

The increasingly global outlook of Chinese business over the last 15 years is well documented, but SZSE’s proactive attitude to linking Chinese finance and European innovation still felt like a watershed moment. Here was a very public statement of intent by a major Chinese equity market.

He says that the firm was approached because of close connections between the wider UHY network and SSI, as well as UHY ECA’s own respected and well-connected position in the Polish market. The firm is now working to promote V-Next, SSI’s online platform for matching investors and appropriate businesses.

“We have been asked to help innovative Polish enterprises build a connection with suitable investors, and we are in the middle of creating an appropriate strategy to make that happen.”

UHY ECA’s involvement with SZSE has been no accident, with the initial introduction made by China experts at UHY Hacker Young in London, UK. The UHY network boasts an abundance of experience in Chinese business and includes a China top-25 member firm, Zhonghua CPAs, in its ranks. Around the world, China desks and experts in UHY member firms help foreign businesses overcome the cultural and commercial challenges of doing business in China, and Chinese firms hoping to take the opposite path.

SZSE’s outreach is good news for innovative Polish businesses, who can not only gain access to Chinese capital but also, potentially, the vast Chinese consumer market. It is a testament also to the increasing confidence of Chinese investors. With that in mind, we asked China experts from around the UHY network for an up-to-date view on the opportunities and challenges of doing business with the world’s second-largest economy.

While the SZSE initiative looks to connect Chinese investors with European companies, more Chinese firms are looking outward than ever before. Kelvin Lee, partner at UHY Lee Seng Chan & Co in Singapore, says the city state is a popular stepping stone for Chinese firms taking their first steps into Southeast Asia and beyond.

“Around 75% of the Singapore population is of Chinese origin and mainland Chinese firms feel comfortable doing businesses here,” he says.

There is much talk of the cultural and business challenges Chinese firms face when moving outside home borders, but Kelvin adds that many have learnt to neatly side step these issues.

“Interestingly, these days they are not so concerned about differing protocols and corporate culture per se, because what Chinese companies normally do is employ key functional managers with local exposure – for example, HR and admin managers, finance managers and so on.”

Chinese firms looking to expand abroad can draw on the huge Chinese diaspora to fill key positions in target markets. With 50 million ethnic Chinese people living outside China, and many others have spent time studying at foreign universities, finding Chinese speakers with specific local knowledge is not necessarily difficult.

Still, despite the growing influence of globalisation, fundamental differences of company structure and management style remain, particularly between Chinese and Western firms. UHY ECA’s Roman says: “The Chinese style of organising and of managing operations is based on traditional hierarchical models, as well as a command-and-control based approach to management. In Europe a more autonomous work culture is prevalent.”

This could cause difficulties for unprepared companies going in either direction (foreign companies looking to China or Chinese investment, or Chinese firms expanding into the West), and there are also clear differences in business culture and etiquette that companies – and their advisors – need to be aware of.

For instance, Melanie Chen, managing director and head of the China desk for UHY Advisors, Inc., New York, says: “Chinese business people might typically expect immediate responses to questions, and also weekend and late night phone calls. This can surprise foreign counterparts. They will also bargain, bargain and bargain some more on fees.”

If that can be a shock to foreign executives, the opposite is also true. Chinese businesses looking to Europe, America or Australasia can be shocked to find a culture of fixed prices (charging fees based on actual charges incurred) and ringfenced working hours. Compromise and understanding may be required on both sides.

And that is, most likely, what will happen. Ella Zhu, a partner at Chinese member firm Zhonghua CPAs, Shanghai, suggests that, while cultural challenges remain, their significance is declining in a modern, globalized world. “Nowadays, the world is one world, and therefore cultural challenges are not such a big issue,” she says.

Certainly, statistics suggest that cultural differences are not being allowed to get in the way of business. Foreign direct investment (FDI) in China continues to surge ahead, growing by 5.5% in the first seven months of the year.

High-tech companies are leading the charge, says Elissa Shen, senior partner at Zhonghua CPAs. “There is a preferential tax rate of 15% – compared to the normal corporate rate of 25% – for companies investing in certain industries, like high and new technology, software, integrated circuits, public infrastructure, environmental protection and energy conservation, and also investing in certain underdeveloped areas of the country.”

China’s tax policy is geared towards attracting investment in important industries, but the rates apply to domestic and foreign investors equally. While the opportunities for foreign businesses in China are considerable, they are not the same as they were just a few years ago. Back then foreign businesses may have looked to China for cheap labour and preferential tax policies, but Kelvin Lee says: “The world is changing and China is no exception. Regulations in China generally are getting more in line with international practice.”

Zhonghua’s Ella Zhu agrees: “I do not think it is easier for foreign companies to do business in China today than it was five or ten years ago, because currently, foreign enterprises cannot enjoy preferential tax policies simply for being foreign. In addition, labour costs in China are becoming more and more expensive.”

In the other direction, business is also brisk. According to the China Global Investment Tracker, the value of China’s overseas investment and construction combined is approaching USD 1.9 trillion.

But again, change is afoot. Chinese authorities recently introduced curbs on outward investment, concerned by rising numbers of debt-fuelled acquisitions abroad. That action has been matched in some countries – most notably the US – by rising suspicion of Chinese ambition, fuelled by a protectionist president. A growing number of sales are being blocked by regulators.

“As a consequence, investment involving multi-billion dollar acquisitions by Chinese state-owned companies or large Chinese public companies in the US has dwindled in 2018,” says Melanie Chen.

“However, small acquisitions by private Chinese companies under the radar of the US and China media are still active. UHY LLP’s China Group, based in New York, US, was involved in five cross-border acquisitions between China and the US in the first three quarters of 2018.”

Still, the timing of the SZSE outreach may be instructive. Many private Chinese investors are turning to Europe instead. But Roman Seredyński says there is some suspicion here too. “European countries in general actively seek out Chinese investment, but their magnitude – and certain patterns of investment – have also raised concerns. Some countries have already been rather unwilling to accept Chinese enterprises because they are perceived as unclear in their governance, as being unfairly subsidised by the government and as serving the interests of the Chinese state rather than being commercially driven.”

The key, says Laurence Sacker, managing partner at UHY Hacker Young, London, UK, is for companies on all sides to be thoroughly informed and well prepared. He identifies corporate governance, and diverse regulations and legal requirements, as challenges Chinese firms face when moving into Britain and Europe. “It is also true that the economic environment is significantly different between China and the UK,” he says.

Laurence adds that UHY Hacker Young in London is “able to guide Chinese businesses and individuals through the maze of requirements and best practice to help them achieve success.”

Indeed, in a business environment that is a little more cynical, and a little less welcoming, than it was five years ago, expert and locally relevant advice are more crucial than ever. Good guidance from respected providers is the best way to cut through suspicion and provide reassurance to regulators.

“It is very important to keep up with this turbulent tax and legal environment,” says Roman. “This is the main reason why the help of experienced consulting companies is invaluable, to avoid difficulties in understanding the complexities of local legal regulations and all their potential consequences.”

Laurence points to the importance of the UHY international network in this regard. “UHY member firms provide vital assistance with cross-border transactions, giving commercial and tax advice as well as ongoing advisory services. We can always involve other offices around the international network if required to make the process smoother and our advice more robust.”

SZSE’s approach to Polish firms is one example of the new opportunities that exist between China and the rest of the world. But in many ways, the landscape has changed markedly in the last couple of years. Cultural differences may be losing significance in a globalized world, but stiffer regulation and more stringent oversight mean that companies and investors on all sides need to be fully prepared and wholly compliant.